Jay Chou is a Taiwanese musician, singer, songwriter, record producer, film producer, actor and director. He makes a very wide variety of music and music videos, spanning from happy cheerful songs, to sad love songs, to songs filled with morals, to rap songs filled with curses, and to quirky and funny songs like this one in particular.

Eunuch with a Headache depicts the life of a typical, high-ranking, corrupted palace eunuch. The eunuch must curry favor with the Emperor, manage the lower-ranking servants, not show lust for the beautiful ladies around, and maintain a suitably grateful yet unperturbed attitude when his true love (gold) is in sight.

I feel like the lyrics and the music video explains most of the information with context, but if you’re curious about anything that I haven’t addressed, then please leave a comment below! 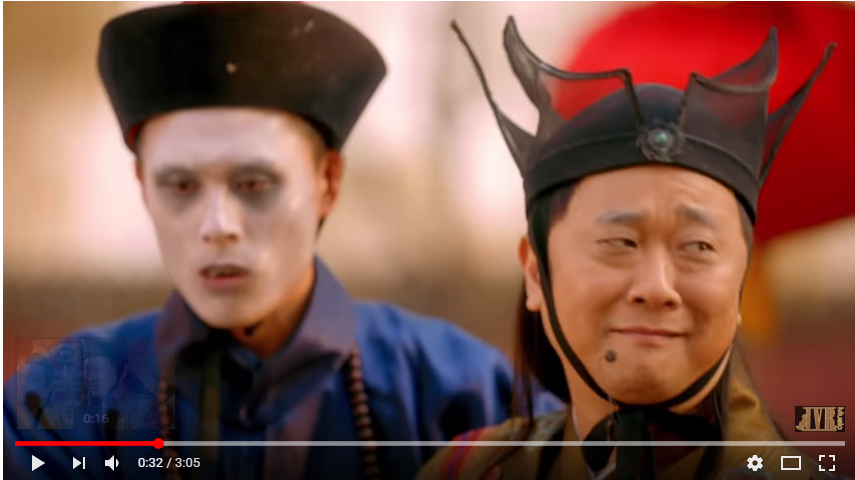 The guy in blue with white makeup over his face that’s next to our main eunuch is a Jiangshi, a reanimated corpse of Chinese legend that’s also known as a Chinese “hopping” vampire. The Jiangshi is typically depicted as a stiff corpse dressed in official garments from the Qing Dynasty, and it moves around by hopping with its arms outstretched. It kills living creatures to absorb their qi, or “life force,” usually at night while during the day, it rests in a coffin or hides in dark places such as caves.1 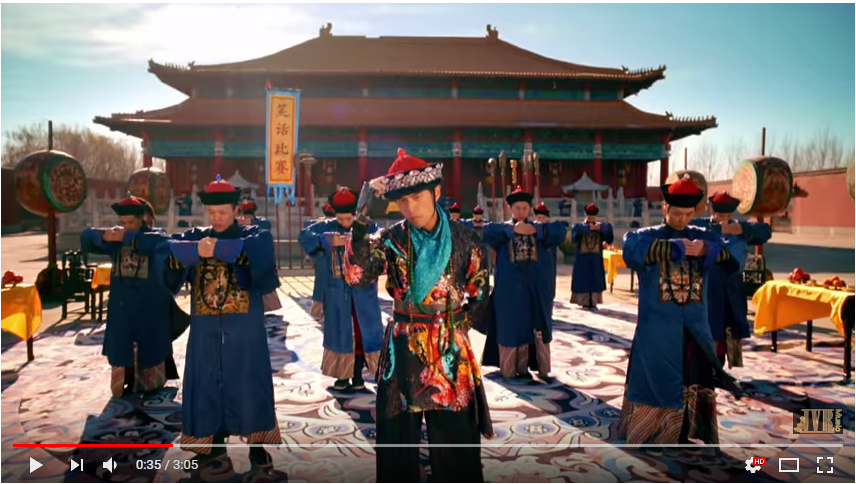 The guy in the center is Jay Chou~ 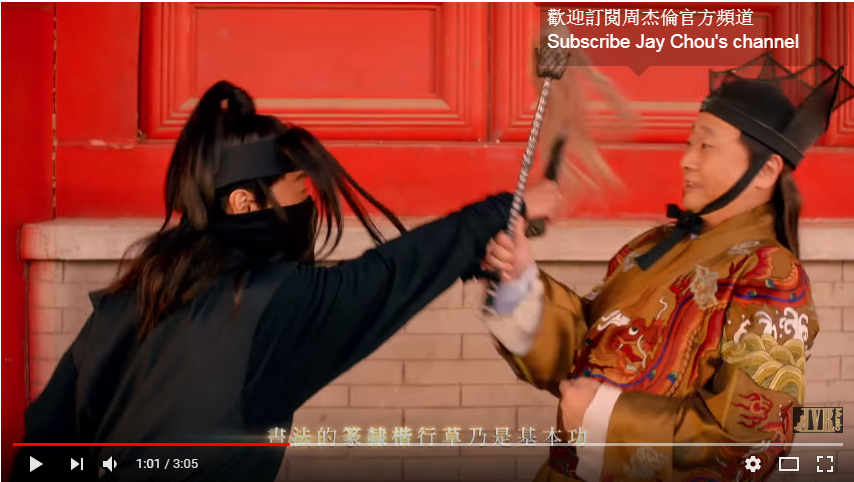 First of all, there’s the black clothes the assassin (I think) is wearing. That is, according to TV shows, the way people typically dressed in ancient China when they break into a place to do something shady.

Then there’s the thing the eunuch is swinging around, that’s a horsetail whisk. It originated as a fly whisk for Daoist disciples to whisk away flies instead of killing them and serves multiple spiritual uses in Daoist rituals. However, it also doubles as a training weapon, to be used like a saber, straight sword, whip, and dart.2 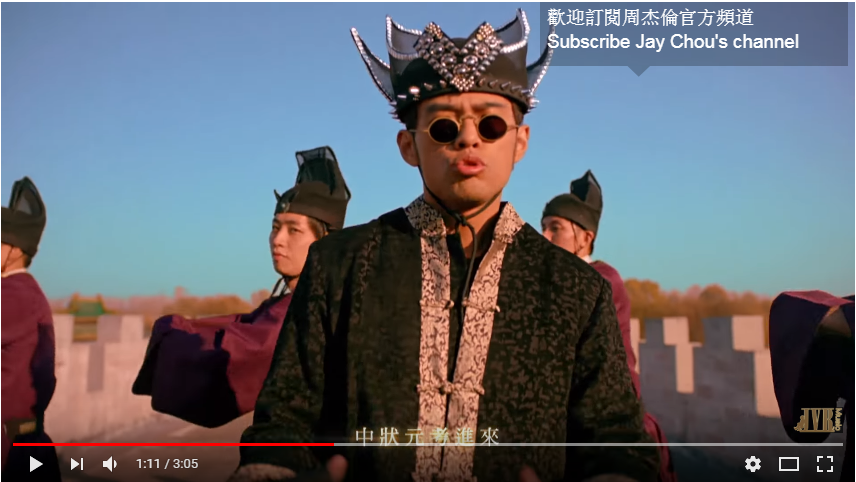 His entire outfit seems like a typical Qing dynasty merchant outfit. Please correct me if I’m wrong about this part, because my history knowledge isn’t very strong, this is just odds and ends that I’ve read about in random places.

By the Qing dynasty, China was trading a lot with European countries even though it had previously expressed no desire in trade. The reason why China opened itself to trade was because of unsuppressible growing demand for opium, and during the Qing dynasty Jiaqing Emperor issued an imperial decree banning imports of the drug in 1799.3 It was to no avail of course, and there was a first and a second Opium War. 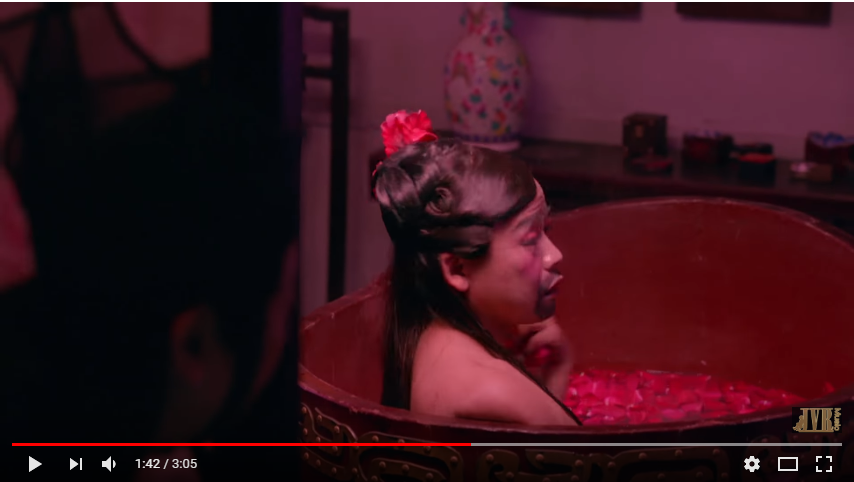 In ancient China, there were no bathrooms so those who could afford it usually had a tub carried into their room, placed behind decorative screens, and filled with hot water to bath. (All done by servants, of course.) Some people who wanted to peek on a beautiful lady bathing might fantasize while looking at the faint figure that was visible through the bath screen, and the more courageous ones may find their dreams fulfilled or shattered. If it was a scenario in QTF, you definitely know what the answer would be! 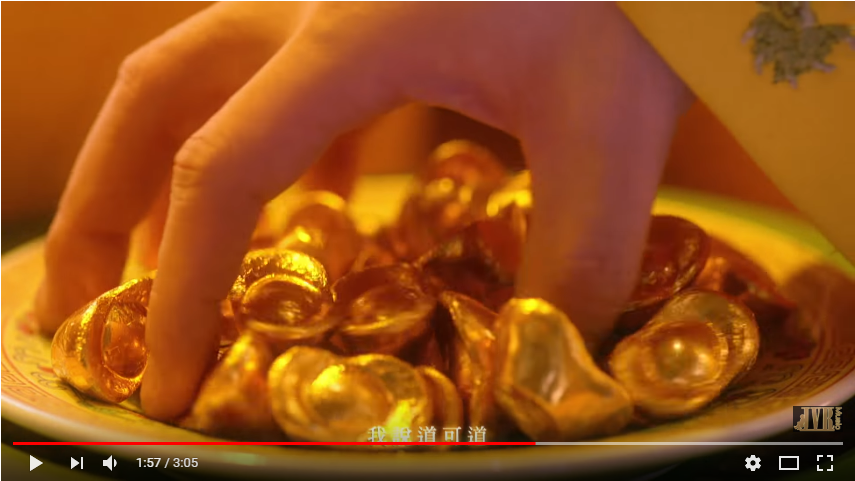 In imperial China, these gold ingots, known as a sycee (from Cantonese 細絲, “fine silk”) or a yuanbao (from Mandarin 元宝, “coin pouch”), were used as currencies. They were not made by a central bank but by individual silversmiths for local exchange, which made their shape and detail highly variable. There are a lot of shapes such as square, oval, boat, flower, tortoise, etc. 4 The boat shape is usually portrayed due to being a symbol of the richness transportation from one point or person to another. 5

Chocolate sycees are now commonly given out during festive occasions~ 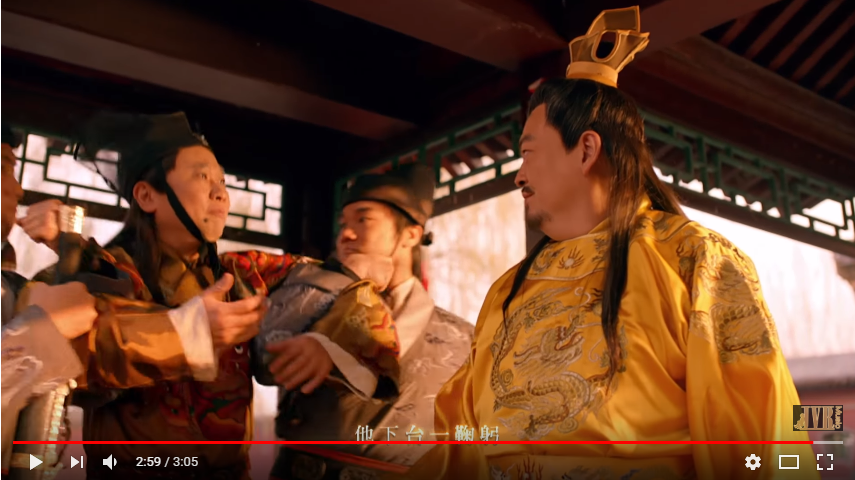 It’s not exactly this way, I’m sure there’s probably more struggle, but this is pretty much how a person is arrested and hauled off~

I hope you guys enjoyed this little article~ I pretty much just wrote about whatever I found interesting, so you if have any comments, questions, or concerns, please leave a comment below!